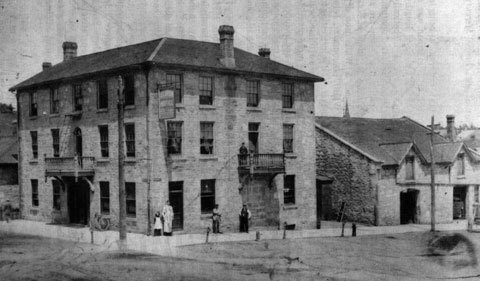 The elder son, John, became the hotelkeeper at the Albion Hotel during 1881. He leased the Albion House from a widow, Roseanne Waite. During the next five years, he married and began to raise a family in the hotel.

The Albion was a relatively fashionable drinking house and was attached to a very substantial stable which was included in the lease. It was located at the tope of Macdonnell Street and immediately below the Church of Our Lady, Guelph principal site of Catholic worship.

← Early Days
An Establishment of One's Own →
Starting Out