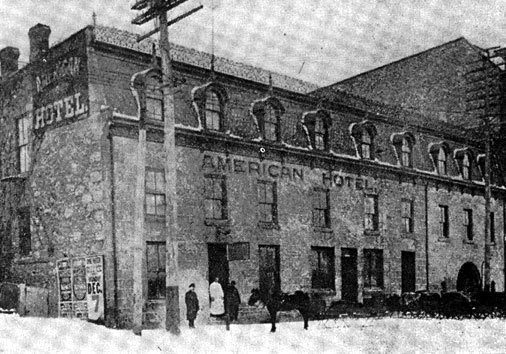 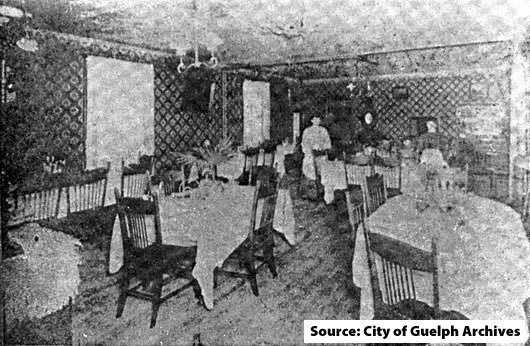 The McAteer family re-entered the hotel trade in 1909 when John and Jane McAteer leased the American Hotel. At that time it was a bit of an antique, originally constructed in 1848. However, it was in a good location to attract customers and it had five long-term boarders, who provided ongoing guest revenue. The American was a substantial three-story stone hotel located opposite the much larger Wellington Hotel at the top of Wyndham Street at the edge of the business district. The move back into the trade seems to have resulted from choice, not desperation as the McAteers owned five residential rental properties in 1909.